Will the Real Saint Valentine Please Stand Up?

Home >Blog >Will the Real Saint Valentine Please Stand Up?
No responses 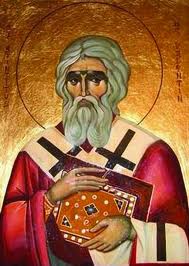 Probably some of you are of my generation remember the TV program, To Tell the Truth where a panel would ask questions of three contestants a series of questions to try to figure out who the real <name> was. (for those of you younger and have no clue what I’m talking about….Google!)

The Catholic Church has 3 different saints named Valentine or Valentinus, all of which has been martyred.  Below are the stories of the three saints. After reading each one, you decide which you feel is the Real Saint Valentine.

Valentine #1 was a priest living in the third century Rome. He defied Emperor Claudius who had outlawed marriage. Claudius thought single men made better soldiers than married men with children. Valentine though this was wrong so he continued to perform marriages in secret. When Claudius discovered what Valentine #1 was doing, he ordered him put to death.

Valentine #2 was killed for attempting to help Christians escape from harsh Roman prisons. The Christians had been beaten and tortured.

Valentine #3 while in prison sent his first “valentine” to himself after he fell in love with a young girl rumored to be the jailor’s daughter who had visited him during his time in prison. Before he was put to death, he wrote her a letter and signed it, “From your Valentine”.

So Panel….who do you think will stand up as the Real St. Valentine?