Weather Lore is folklore related to the prediction of weather. These rhymes, poems, and anecdotes were used as guides in determining whether the next day will bring fair or foul weather. Foreknowledge of tomorrow’s circumstances could mean the difference between success and failure for the farmer wanting to plant crops or for the merchant about to send out ships on trade.

March 1st is always noted with the adage, “March come in like a lion and goes out like a lamb.” (or the reverse). English playwright John Fletcher may have pointed the way toward the saying in 1624 when he wrote, “I would chuse March, for I would come in like a Lion…But you’d go out like a Lamb when you went to hanging.”

There are many, many sayings and adages that have been passed down through the ages by our ancestors. Five that you may have or have not heard of are as follows”

1)      A coming storm your shooting corns presage, And aches will throb, your hollow tooth will rage.
The most likely medical reason is that with a fall in atmospheric pressure, blood vessels dilate slightly in reaction. This has the effect of aggravating already-irritated nerves near corns, cavities, or arthritic joints.

2)      When sounds travel far and wide, A stormy day will betide.
This piece of lore is true in summer but conditionally false in winter. Moisture-laden air is a better conductor of sound than dry air, so moist air carries sounds farther. If the air is very cold, the air is likely to be drier so sound wouldn’t travel as far. 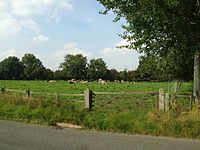 A halo around the sun or moon is caused by the refraction of that body’s light by ice crystals at high altitude which is a precursor to moisture moving in at increasingly lower levels, and is a good indicator that an active weather system is on its way. 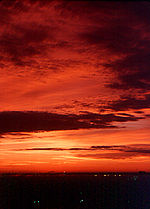 There are also specific days that are said to predict the upcoming weather. For example the weather on July 15th is said to predict what the rest of the summer will be like. If it is sunny and dry on July 15, the next 40 days will be the same. If it rains, look for rain the rest of summer.

Since Winter Storm Titan is predicting 3-5 inches of snow in our area and more south of us, I would safely say March is coming in like a lion….The good thing….it will go out like a lamb!