Did You Know Betsy Ross

Home >Blog >Did You Know Betsy Ross
No responses 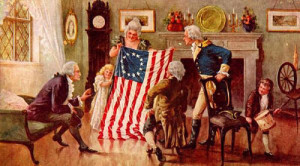 Every American Citizen has been told the story in school of Betsy Ross and the making of the first American Flag.

But did you know:

Betsy Ross knew George Washington prior to being chosen to make the first American Flag?

Betsy Ross was a struggling businesswoman in Colonial America?

Betsy Ross was given the job because she made an impressive 5-pointed star in a single snip?

US History tells the entire story of Betsy and the first American Flag at http://www.ushistory.org/betsy/flagtale.html 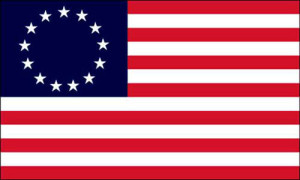 Resolved: that the flag of the United States be thirteen stripes, alternate red and white; that the union be thirteen stars, white in a blue field, representing a new constellation.

The current American flag donning 50 stars was created in 1960 after Hawaii became a state on August 21, 1959.

Saturday, June 14th is Flag Day. Hang an American flag outside of your house or business. 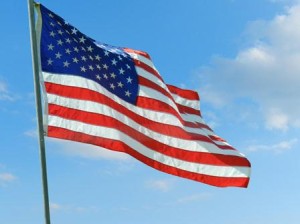